A testimonial of resilience for today’s 75th Holocaust Remembrance Day 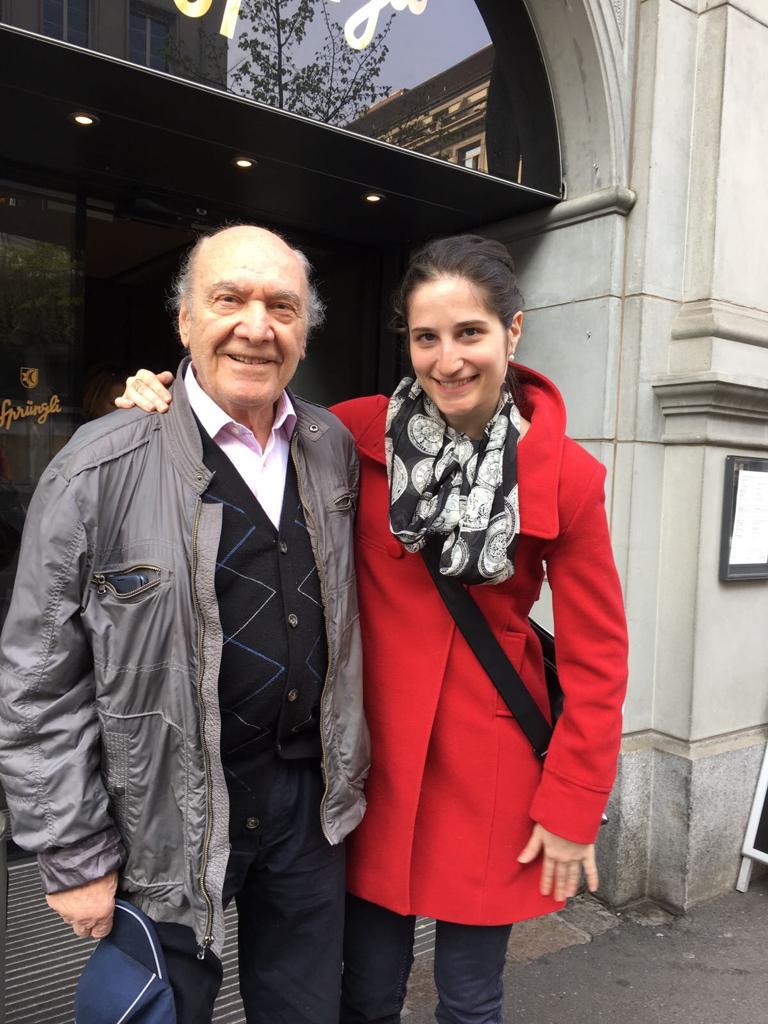 Today is 75th Yom Hashoa / Holocaust Day, commemorating the millions of people who perished in the Holocaust. My grandfather Eduard Kornfeld, today 91 years old, should have been in Dachau today with a few other Holocaust survivors, but as you can imagine, due to Coronavirus, the remembrance event was cancelled. All the more, I would like to honor him for his resilience and his life force that have inspired me since I was little child by sharing with you a tiny little excerpt of his life.

At the age of 13, his parents told him and his older brother Chaim (which means life in Hebrew) to leave Czechoslovakia and to hide in Budapest, Hungary. When they left their home, they did not know that is was the last time they had seen their parents and brothers and sisters. After months of surviving through hiding, my grandfather was deported to Ausschwitz and then to Dachau where he was going through hell ! Countless times he was standing before Mengele (SS mass murderer) – and barely survived the selections of the so-called angel of death. He was carrying cadavers, during deepest winter, barefoot and wounded all over. When he was liberated by the Americans in April 1945, he weighed 27 kg and was suffering from a severe tuberculosis. He spent eight years in sanatorium (the last four in Davos’s Switzerland). Once he was healed, he started an apprenticeship to become a jewel maker. Today, he is father of three children, and grand-father or „Opi“, that is how we call him, of seven grand-children. A question that never let him go: „Why did I escaped death hundreds of times? Was this chance? Was an angel protecting me?“. He was immensely strong and hopeful in every second of his (early) life.

My grandfather is a living example of resilience – facing adversity, coping with the most traumatic experiences and taking responsibility for his own health and life! My Opi is probably the reason for my growing interest in helping children becoming more resilient and self-confident to face obstacles and the actual coronavirus crisis offers a great opportunity to practice resilience together ! “

With highest respect for my grandfather,