Homepage > Uncategorized > Happiness lies in nature: why reconnecting to nature is key

Happiness lies in nature: why reconnecting to nature is key 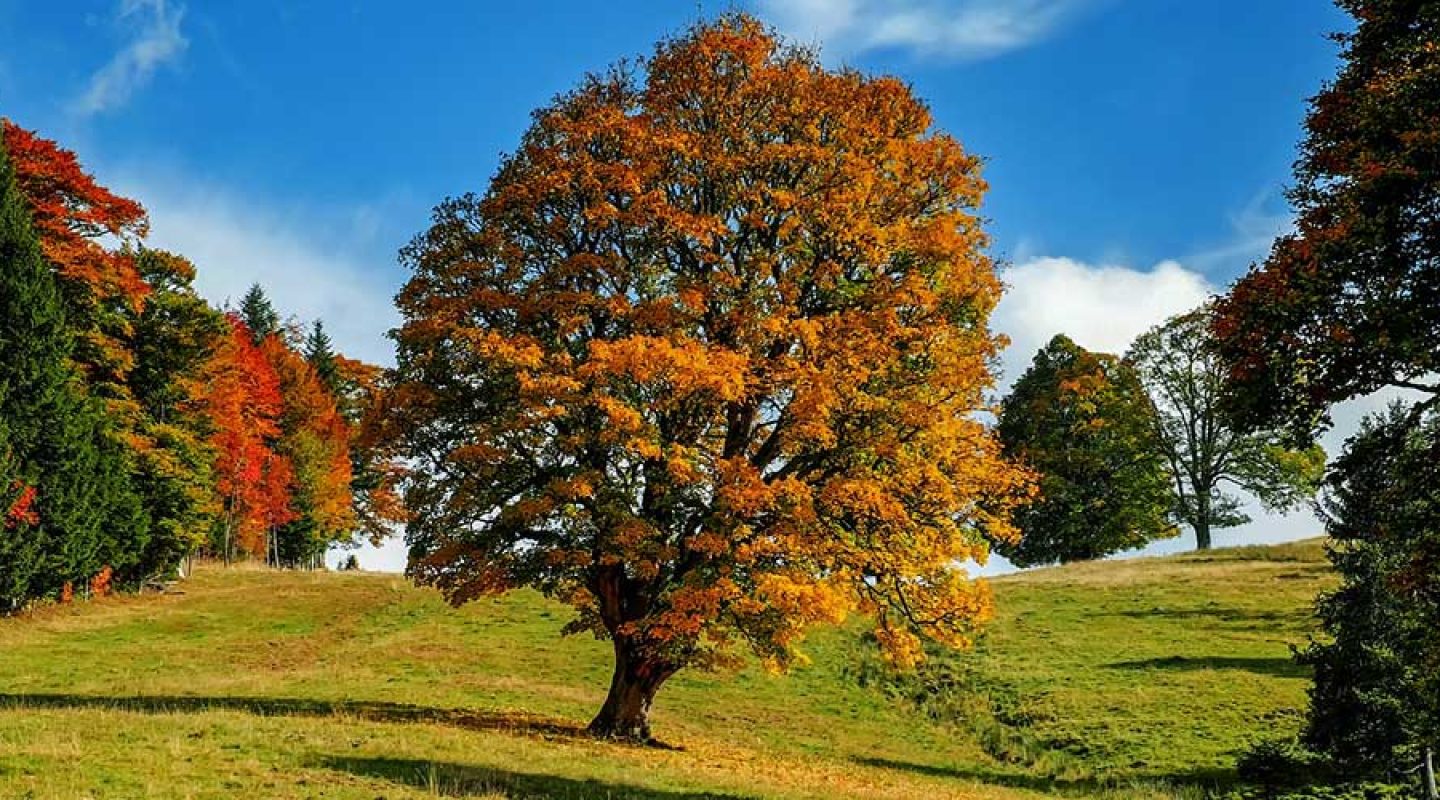 What is nature connectedness?

A 1984 analysis of Pennsylvanian hospital patients recovering from the same operation found that patients in rooms with a view of trees spent less time in the hospital, required fewer strong painkillers, received fewer negative evaluative comments from nurses, and had fewer post-surgical complications than patients whose rooms overlooked a brick wall. How is that possible? Could it actually be, that the natural world has properties that nurture us and increase our well-being?

Exactly this seems to be the case and consensus in the scientific community is increasing, supporting that nature connectedness likely provides promising benefits to many aspects of our lives, including our well-being, our mental and physical health, social relationships and even our spiritual well-being.

Subjective nature connectedness is a personality construct that captures one’s cognitive, affective, and experiential connection with the natural environment. That means it goes from the simple awareness of being fundamentally interconnected to the natural world (just think of the daily flow of molecules into and out of our bodies, the findings that we host more cells with foreign DNA than with our own, or the importance of microbial health for our overall health, let alone the fact that things like medicine exist) to the affective desire to connect to, to be in and to care for nature, as well as the intense experience of being present in nature. We thereby understand ourselves as being part of a larger organism, encounter the world as it is and develop an increased attachment to the natural world.

The concept of nature connectedness derives from the biophilia hypothesis which argues that humans possess an innate need to affiliate with the living natural world. Anecdotal support for this hypothesis can be found in the popularity of, for example, outdoor wilderness activities, zoos, gardening, indoor plants, relationship with animals, and fondness for natural scenery. From a biophilia perspective the level of nature connectedness is the degree to which one’s innate need to affiliate with the natural world has been supported or suppressed.

Why is nature connectedness relevant?

While the biophilia hypothesis remains a hypothesis, research in this field is flourishing and studies have found a broad number of relationships between increased connectedness to nature and well-being.

While nature connectedness is considered a stable personality characteristic, it can change based on one’s experiences, such as exposure to nature. And indeed, also direct exposure to nature has been found to correlate with a large number of positive effects. Examples include positive emotions, alleviation of cognitive fatigue, improvement of attention or people’s ability to reflect on a life problem. Also increased levels of vitality and increased levels of intrinsic aspirations (such as personal growth, intimacy, and community) have been found, while increased nature connectedness has been associated with decreased levels of extrinsic aspirations (e.g. money, image, fame). This is quite momentous as the achievement of intrinsic goals has been found to be associated to well-being, whereas the achievement of extrinsic aspirations has been found to be related to ill-being. Finally, also associations with generosity and gratitude have been discovered. Even though to a lesser extent, effects such as these have been found even with subtle nature manipulations, such as indoor-plants at the workspace.

Longer exposure to nature might even help us connect to nature and ourselves, which if we think about it long enough, makes sense, as they are the same. In the end, we are the earth and the earth is us. And indeed, while the exposure to nature already seems to have far-reaching benefits, it seems that there is an even bigger effect, namely meaningful nature experiences.

We might understand this effect better by looking at what happens during the actual encounter with nature. Wildlife tourists in Spain and California, for example, reported that viewing wildlife evoked feelings of awe and wonder and created a temporal experience in which all their concentration was focused on the moment.

It is characterized by heightened sensory awareness (e.g. the beauty and detail of natural phenomena arrest our attention), intensified emotional (e.g. awe, amazement) and physiological responses (e.g. a ‘rush‘). If an animal is involved, close proximity, extended length of time and reciprocity were key themes. For a MNE [meaningful nature experience] not involving an animal, perceived aliveness, vibrancy and energy pervading the land-/ sea-/ skyscape were primary. Individuals reported feeling interrelatedness and a diminished sense of self. The privilege to commune with an ‘other‘ seems to (re)define a person’s being and belonging in the world. (p. 4)

Zylstra found, for example, that respondents have agreed to up to 90% on the positive impact of meaningful nature experiences in drastically shaping their views on nature and life, especially regarding the understanding of interconnectedness/interdependence, career choices, respect for nature and life, as well as new ways of seeing the world.

Findings such as these support the assumption that, through emotional bonding with nature, meaningful nature experiences can motivate pro-environmental behaviours and serve as catalysts for personal growth and transformation, especially when complemented with reflection, social (guided) facilitation and ecological literacy.

What can we do to increase our own connectedness to nature and become open for real nature encounter?

While there is certainly no one perfect way, there are many promising approaches to integrate these insights. Most of us are trained to understand how things works, but less to how to encounter them. So what can we do? Spend time in nature and be open to what she is telling you. Stay a little bit longer than your mind might want you to. Motivate your friends, colleagues and clients to do the same. Meet, go out into nature together and exchange your experiences. When you have children let them play in nature. The increasing positive results from forest kindergartens, for example, strongly suggest that they will not only be alright but that they will thrive in nature. Furthermore, children have intuition and play in a way that most adults have lost. So you might want to pay attention to how your children connect to the world and see what you can learn from them.

And even though the effects might be smaller, it is already thought-provoking how much we could increase the quality of our lives and work spaces by simply allowing some more vegetation into our (direct) environments. We will explore different ways of doing this shortly.

Taken together, it seems that reconnecting to nature is one of the most promising things we can do to lead both healthy and fulfilling lives and to motivate pro-environmental behaviours. And it could actually be quite momentous, if a lot of our ecological destruction and decreased well-being was due to an exchangeable assumption of the world. We will discover this connection, what happened to it, and what effects it has on our environments in one of our next articles.

For now, you might want to keep in mind, that the next time you feel down, you might just want to give it a go and plant a tree.

In the next articles

How did we lose our connection to nature in the first place?

Why could it be a good idea to integrate nature into our work place and how can we do it?