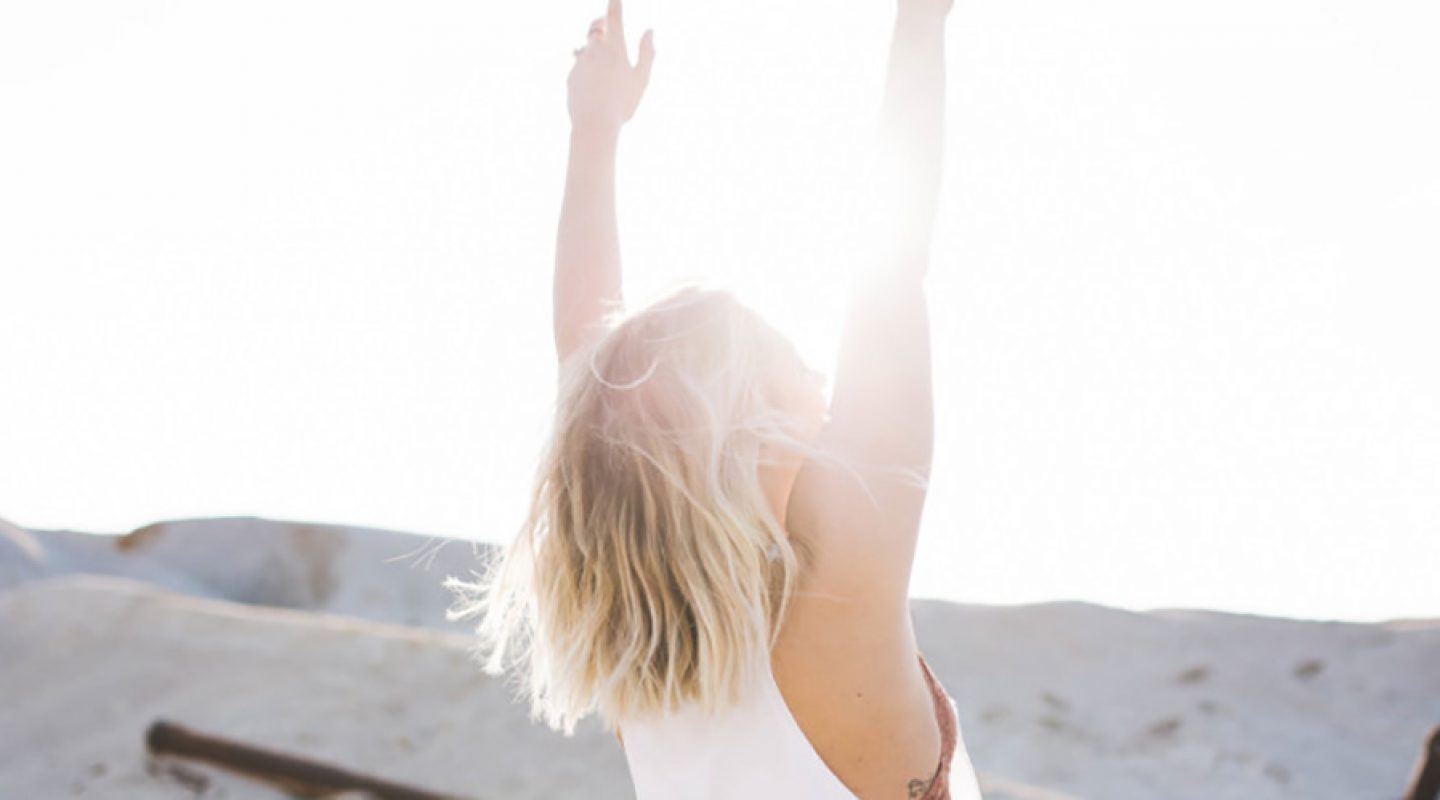 The term ‘emotion’ is notoriously difficult to define. As Fehr and Russell put it: ‘everyone knows what emotion is until asked to give a definition’. Yet we all use this term and seem to easily understand to what, in our experience, it relates.

Psychologists often employ the notion of affect as an umbrella term for various positive and negative emotions, feelings and moods we frequently experience and easily recognise. In this chapter, I’ll consider two ‘affective’ topics popular within positive psychology – positive emotions and emotional intelligence.

The Value of Positive Emotions

For years, psychology turned its attention to the study of negative emotions or negative affect, including: depression, sadness, anger, stress and anxiety. Not surprisingly, psychologists found them interesting because they may often lead to, or signal the presence of, psychological disorders.

Research has shown the above not to be the case but it took it a while to get there. It is only relatively recently that psychologists realised that positive emotions can be seen as valuable in their own right and started studying them.

The person behind that realisation was Barbara Fredrickson, who devoted most of her academic career to trying to understand the benefits of the positive emotions. The functions of negative emotions have been clear for a while.

Negative emotions, like anxiety or anger, are associated with tendencies to act in specific ways, which are adaptive in evolutionary terms, i.e. the fight and flight response.

Thus, fear contributes to a tendency to escape and anger to a tendency to attack. If our ancestors were not equipped with such effective emotional tools, our own existence could have been doubtful. Moreover, negative emotions seem to narrow our action repertoires (or actual behaviours) – when running from danger we are unlikely to appreciate a beautiful sunset.

This function of negative emotions can help minimise distractions in an acute situation. Positive emotions, on the other hand, are not associated with specific actions. So what good are they, apart from the fact that they merely feel good? What is the point in feeling happy or joyful, affectionate or ecstatic?

The ‘broaden-and-build’ theory of positive emotions, developed by Barbara Fredrickson, shows that positive affective experiences contribute and have a long-lasting effect on our personal growth and development. And this is how they do it:

First of all, positive emotions broaden our attention and thinking, which means that we have more positive thoughts and a greater variety of them. When we are experiencing positive emotions, like joy or interest, we are more likely to be creative, to see more opportunities, to be open to relationships with others, to play, to be more flexible and open-minded.

Enjoyment, happy playfulness, contentment, satisfaction, warm friendship, love, and affection all enhance resilience and the ability to cope, while negative emotions, in contrast, decrease them. Positive emotions can enhance problem-focused coping and reappraisal, or infuse negative events with positive meaning, all of which facilitate fast bouncing back after an unpleasant event. 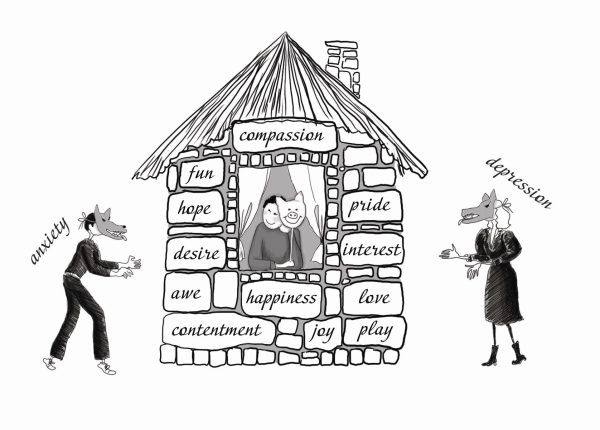 Far from having only a momentary effect, positive emotions help to build important physical, intellectual, social and psychological resources that are enduring, even though the emotions themselves are temporary. For example, the positive emotions associated with play can build physical abilities; self-mastery and enjoyable times with friends – increase social skills.

More than that, just as negative emotions can lead one into downward spirals of depression, positive emotions can trigger upward developmental spirals towards improved emotional well-being and transform people into better versions of themselves.

The broaden-and-build theory urges us to consider positive emotions not as an end in themselves but as a means of leading a better life.

A lot of interesting research highlights the benefits of positive emotions. In one study with people who had lost their partners, researchers found that laughter and Duchenne smiling predicts the duration of grief.

People who laughed and smiled genuinely were more likely to be engaged in life and dating again two and a half years later, compared to those who felt angry.

A famous yearbook study traced the lives of women who were attending an all-women’s college in 1965. The faces of the women in their college photographs were coded for smiling behaviour and results showed that Duchenne smiles related to less negativity, greater competence, more positive ratings from others and greater well-being in their later lives. Another study demonstrated that physicians experiencing positive emotions seemed to make more accurate diagnoses.

The Positive Impact of Negative Emotions

So make sure that for every one negative emotion you have at least three positive ones. But beware, too much of even the best thing can be simply dangerous. Experiencing positivity at above 8:1 can have counterproductive effects.

Positive emotions can certainly help us on the rocky path to well-being but that does not make the negative emotions irrelevant or unimportant. They may not feel quite as good, but they can bring about very positive effects nevertheless. In defence of negative emotions I propose the following:

Some scholars think that putting all the emotions into two loose bags of positive and negative is hardly a wise move. Hope, for example, is best conceived as a combination of a wish that a desired outcome will occur with anxiety that it might not. What is it then: a positive or a negative emotion?

Pride is generally regarded as a positive emotion in the West but seen to be a sin in more collectivistic societies. Love, one of the first emotions to spring to mind when mentioning the positive, is hardly such when unrequited. Can smiling and laughing be considered positive emotions when directed at someone? What we shouldn’t underestimate whilst trying to understand emotions is that what often makes them negative or positive is the context within which they occur.

Emotional intelligence, or EQ, is a well-known term, popularised (though not invented) by Daniel Goleman (1995) in his bestseller Emotional Intelligence: Why It Can Matter More than IQ. Little could the academics John Mayer and Peter Salovey, who studied this subject well before the book was out , know that by allowing Goleman to use their term, he, rather than they, would be crowned with ‘discovering’ emotional intelligence.

EQ refers to the capacity to recognise and manage our own emotions and the emotions of others close to us. It is often claimed to be more important than IQ for career success and for achievement of one’s life goals.

With the explosion of the EQ phenomenon, much thinking and research has been carried out around the concept and, as a result, multiple models of EQ have been advocated. Here, I’ll outline the Mayer-Salovey-Caruso model as an example of the better-developed ones. It proposes that there are four major branches or facets to the emotional intelligence concept (see figure below). 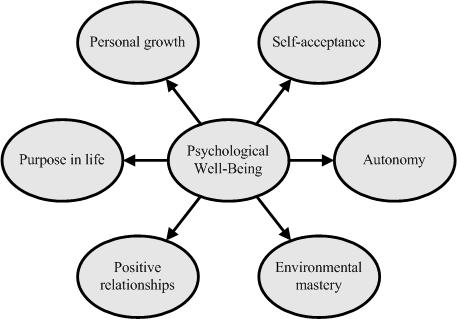 The branches of EQ

This is an ability to identify emotional messages in facial expressions, tone of voice and even works of art. People who are skilled at perceiving emotions in themselves and others have an advantage in social situations, as they are more likely to understand things from another person’s perspective and are more empathic.

Emotions have the power to change the way we think. When we are happy we may think that everything is possible, whereas when we are sad we tend to have more negative thoughts. This branch is about how emotions affect our thinking and how we can utilise our emotions for more effective problem solving, reasoning, decision making and creative endeavours.

It’s not enough to notice emotions, we need to figure out the message they are carrying. Why do we have certain emotions? Where are they coming from? What are they likely to lead us to? It’s important to understand, for example, that irritation may lead to anger, or feeling insecure – to unpredictable outbursts. Emotionally intelligent individuals are capable of labelling emotions with words appropriately, and also of understanding complex feelings and even contradictory emotional states.

Emotional management or regulation is not about eliminating troubling emotions (life would be limited it this was the case), rather it’s about learning how to gain control over them. Some of us, when upset, think there is nothing that we can do about it, others believe that they can do something to make themselves feel better. Successful emotion-managers are often capable of helping others to deal with their emotions too.

Separation of these EQ branches seems to make sense when we apply these findings to real life. A person may be skilled at listening to people, feeling for them and even understanding them (using and understanding emotions), yet fail to make good contact with others simply because he or she cannot ‘read’ non-verbal cues. Thus, perceiving emotions may be precisely the area where intervention is needed in this case.