Positive psychology of a house move 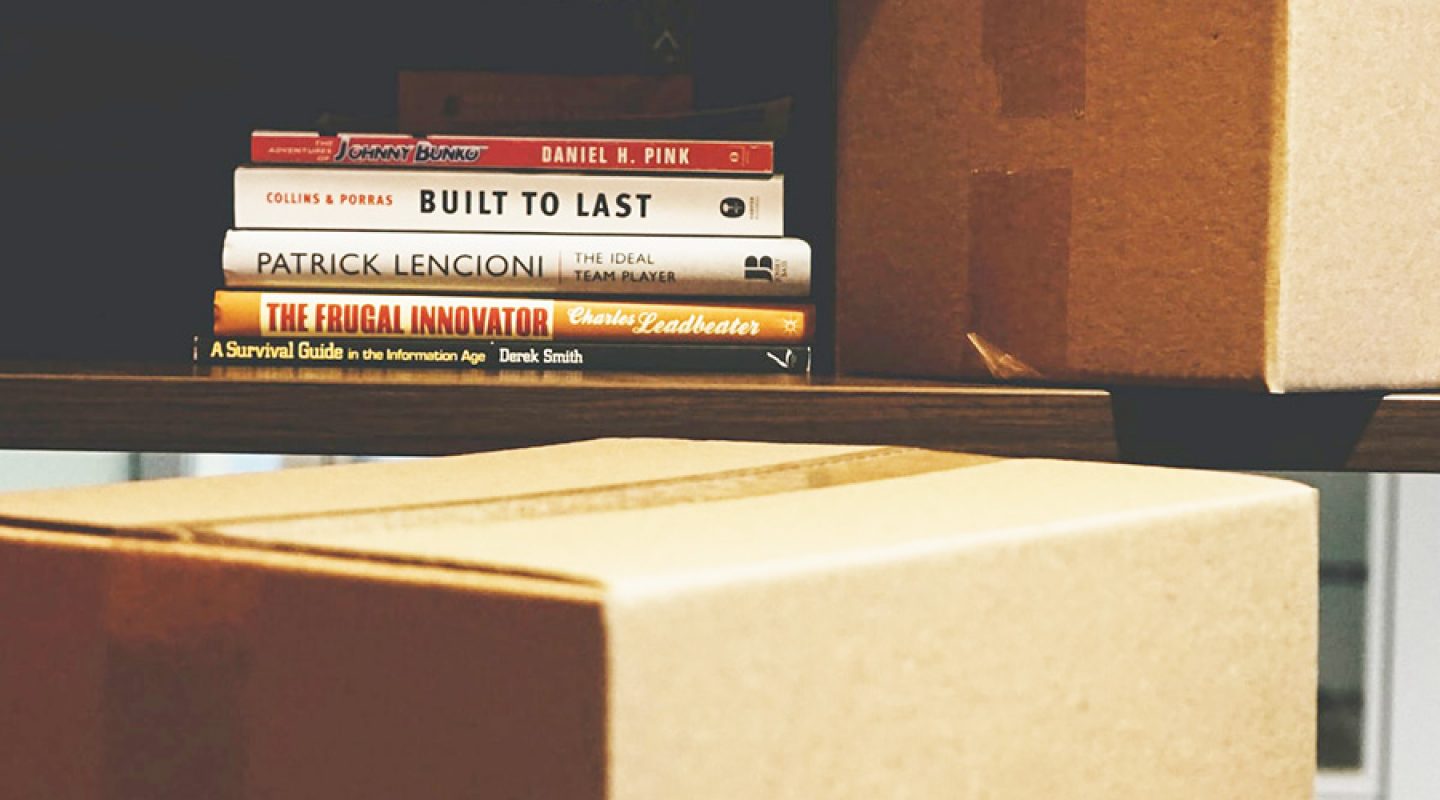 Every emotion in one housemove

The fallen leafs are getting entangled under my feet, the holidays long gone and the work arriving daily, but I am still struggling to find both my stock of stamps and the potato peeler. Having been in the mode “house move” for the past twelve months, one would’ve thought it should be over by now, three months after the actual event.

A house move can be likened to a divorce – it is not one, but many tasks, stages, moods and outcomes. On the stress antecedents list it usually scores close to the divorce as well, one notch down from the loss of a loved one.

It all started with euphoria – we had finally found the house we were searching for during three consecutive years, and the buyer (a friend of a friend) dropped the price to the level we could stretch to. The house was large enough to accommodate all our reconstructed family with five children. A beautiful architectural example of art nouveau located in the heart of the town (no more taxi-ing teenagers in and out of activities, schools and parties!). It even had a (potentially heated) swimming pool, and a hammam.

Euphoria had quickly given way to anxiety. The good price was achieved by signing the deal immediately, taking a gamble on selling our own house. Everyone we spoke to shook their heads on the subject of a bridging mortgage: “It’s not the right time to be taking such a risk…A friend of mine had this horror story of not being able to sell her house for three years…”

Anxiety had grown into despair. We had precisely two visits in the first five moths on the market, resulting in no offers. Our cherished house in the countryside, perfect by any estimation (as long as you are willing to live in the country) seemed to be attracting zero attention, and the estate agent, previously a good friend, was failing to notice any of us every time our passes crossed in the village. With the acquisition day fast approaching, and the price of additional credits and unavoidable insurance premiums now well known, the family ship carrying seven passengers resembled the Titanic more and more with every passing day.  Suddenly, we could also see all the problems with the new acquisition, from outdated electricity through to unpainted bedrooms. Even the cherished swimming pool now looked an ugly large wooden barrel popping out of the ground.

Despair translated into marital discomfort.  Whose idea was it to move house in the first place?  Couldn’t we stay where we were – comfortable, warm, perfectly adapted to our needs, safe and sound? I kept sighting all the research on the hedonic treadmill and how the raised expectations actually diminish the very well-being we try to raise, secretly wondering about failing to live the theory I teach…

With the spring came the hope. A friend of a friend has called us to say he had he had heard of a perfect house for his new reconstructed family, is it still available? And then what we dreamed about came through – a couple wandering through the house, holding hands, loving every corner, dreaming of their new life together. We so hoped someone would fall in love with the house, and that’s exactly what they did – fell in love! Not to mention the strange coincidences – the buyers also had five children between the two of them, and the husband’s birthday turned out to be the same as that of my own husband. So in one day, as by miracle, everything was sorted, agreed upon and life looked nice and rosy again. And we, my husband and I, were in love again, just as the couple buying our house.

A few weeks later we found ourselves the proud owners of one of the most beautiful houses of a nearby town. We were ready for the travaux, giving ourselves the comfortable four months before moving house and leaving the old nest to the newlyweds. With the works estimated at three months, we even had some leeway for the possible eventualities. Yet, as we discovered, to our surprise, we didn’t have the slightest idea of just how many eventualities we would have to face. No one imagined that taking down one wall would mean re-building the whole ceiling, or that the removed furniture would equate to repainting every inch of the house instead of the three pieces originally planned.

To say marital tensions would mean saying nothing, as during the four months that followed we could have divorced more than a handful of times.  My husband spent every hour of his waking life outside of work on the building site up until the day before the move, whilst I took on an additional job to pay the temporary loan, having to handle the kids, the packing and the kids helping with the packaging at the same time. This is not mentioning looking for accommodation for my firstborn accepted into the uni 4 hours away from home (housing again!!!)

The only thing that kept us going was the feeling of being lucky to have the buyer in the times of economic downfall. However, as the weeks flew by, the expected outcome was always there, but always a bit uncertain. First we were waiting for his flat to sell, then for the provisional mortgage offer, then for the definitive one; always a bit behind the agreed deadlines. The uncertainty was there to stay up to the very end, the final signature date changing twice. At the end, the only thing we could do was to try not to think about it anymore, ignoring the growing overdraft figures on the bank statement.

To top it all up, on the eve of the move, we were invited to a 50th birthday party of a friend, from the friend of whom we actually bought the house. The latter was there too, not mentioning the ex-wife of my husband, with whom we have a great relationship. To our complete astonishment, the two exes of our life (ex-house owner and the ex-wife) had taken a fancy to each other there and then.  How weird can the life be?

The move, as so many of the moves go, was simply hard work stretching over three days accompanied by the lack of creature comforts. I had to cook lunch and dinner for the whole team of movers plus our helping adolescents, without the very basic elements and equipment. At the end of the third day we all gathered in the new garden, drinking wine and beer. Mission accomplished. This was pure bliss.

Recent studies show that obtaining what you want leads only to the temporary boost in happiness, because what you want does not necessarily equate to what you like. We wanted the house really badly, but living in boxes, with no handles on the doors, no lights, overflowing showers and the unresolved sale of the previous house was not necessarily what we liked the most. So happiness changed into mild annoyance that peaked into major annoyance there and then.

Three months later, the shops are now only a stone throw away, the kids can come back from school on their own, I can finally commute to Paris for work and the final signature for the old house has now been planned. And one of those days we will unpack the fifty or so remaining boxes, and might, just might, take a moment of mindfulness and enjoy the present before moving onto the next challenge.