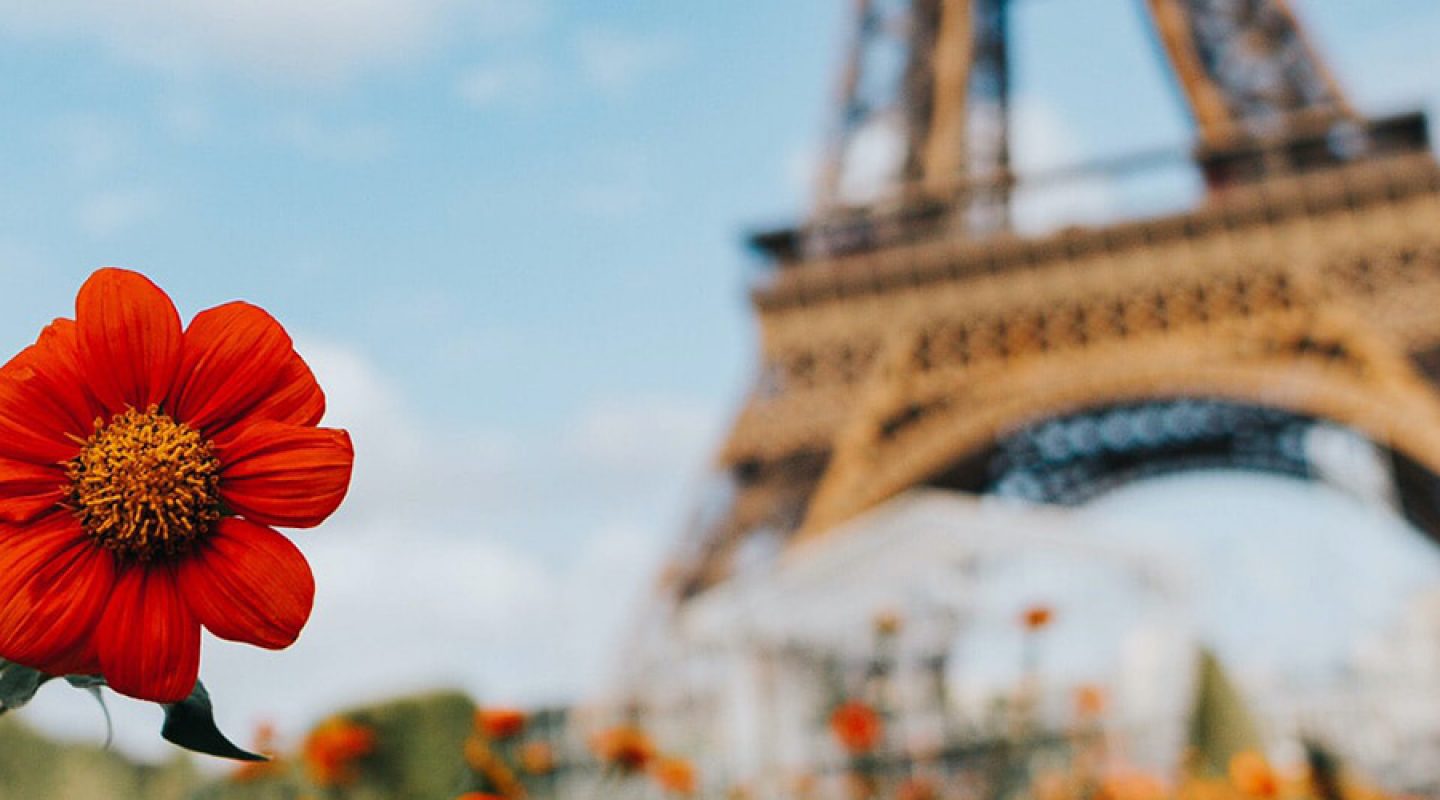 To an outsider, France is a dream come true, easily the happiest corner of the planet, bathing in beauty, sensuality, sophistication and marvellous weather. Passing through the country in August to descend to the Lot Valley, I could always see with my own eyes the triumphs of pleasure over desk-slavery, slow food over fast and comfortable elegance over t-shirts and flip-flops. Back in London, I would cite France as a living example of positive psychology, backing up my assumptions with the data on 35-hours working week and 31 days of average annual leave. It was plainly obvious that the French have got it right.

So upon moving to France five years ago it took me a while to figure out that Paris is only slightly above London on the count of sunshine hours, that August is the least representative month in a year, that the 35-hours working week does not include endless hours spent on home administration, that the French bureaucracy could only be compared with that of the former Soviet Union, and that, to my foremost horror, the French are anything but happy!

When emigrating, I was already grown up enough to know that a combination of a good idea and hard work has a reasonable chance to success, so was not quite prepared for the new environmental reactions. The calm “You have an idea, give it a go” British attitude gave place to “This would never work out” or “The system is too strong”. Invisible barriers in front of every business operation, combined with highly visible ones in front of every French property have almost erased the open British gardens from my memory. “Pour vivre heureux vivons caches” is true throughout – at home, at school and at work. Enterprise is suspicious by its very definition. Two employees having a good laugh at the coffee machine raise the eyebrow, as if one needs to suffer to demonstrate efficiency at work.

What makes it worse is that the French have got all the ingredients for topping the happiness charts. An active democracy with plenty of citizen participation, the officially best healthcare system in the world, the incredible security of the social system (please, show me another country that would pay you the unemployment benefit at 80% of your salary for 2 years) and the elevated GDP despite the economic crisis should surely position France in the top 10.  “But we pay such high taxes”, I hear you saying. Well, not nearly as high as the Danes who ARE number one! Yet, whilst the Danes are happy with their public services funded by their taxes and trust their government, hardly the same can be said of the French.

So where does living in France position you in comparison to other European and worldwide citizens? I love shifting through the data. If we take the Gallup World Poll as the starting point, French happiness is only slightly above average in the enormous study of 155 countries. However, according to the European Social Survey, only 9% of the French population is flourishing, in comparison to 33% of the Danes. Adding the results of the Euro-Barometer Survey and the World Values Survey to the story, it emerges that by and large, France, together with Germany and Italy, is scoring not too far from Eastern Europe, and is definitely below what can be expected on the basis of its GDP and overall standards of living. One recent survey commissioned by Coca-Cola comes up with contradictory findings, yet the lack of comparative international data and the information on the questions used place the 82% of happy French into the domain of wishful thinking.

If we look at the rates of depression, the picture worsens further. According to research, France crowns the world’s depression charts and has the highest consumption of antidepressants in Europe (Briot, 2006). BAFA-WIN 2014 survey shows France fighting for the crown of pessimism with the Italians, as a runner up in the study of 65 countries. Only 17% of French believe that 2015 will be “better” than 2014 against a global average of 53%. Putting it plainly, the French are far more pessimistic about their country’s economic future than Vietnamese or Nigerians, expecting just like the Gaulois of Asterix that the sky would finally fall down on their head. Well, one never knows…

According to Claudia Senic, a professor in economics, there are many possible explanations for the “French Unhappiness Paradox”, including the hierarchy of the society, rigidity of the schooling system, public dissatisfaction and even anger with the state of economy and democracy. However, the schooling factor comes across as the strongest – when immigrants enter the country, they bring their existing happiness levels across, e.g. the happy ones stay happy many years later and vice versa. However, when their children go through the French schooling, their happiness and optimism change to match those of the French population. There is something that happens behind the closed doors of the school, from harsh grading to smashing hopes that shapes the way our kids look at the world though shared cultural discourse and practices. According to an OECD study, 75% of French pupils worry about bad grades in math test, and happiness enters into a free fall between le 6ieme and le terminale.

A strange explanation; does it really hold weight? Precisely ten years ago my eldest children then aged 11 and 13 entered the French educational system. Up until this moment my firstborn, Jason was an incurable optimist. You know, one of those slightly annoying creatures who are upbeat about just about everything and for whom everything would always turn out right. I remember how at the age of 11 he would not spent a second of his time preparing or worrying when going for a prestigious college interview, telling me “Mum, you know I am good at orals and impressing” Needless to say, he got it! The new reality dawned on me last year when the same Jason four French years in and then aged 17 told me “Mum, you know how bad I am in any oral examinations…” No, I didn’t know that, and he doesn’t even remember that confidence and optimism that radiated from his very being just five years back. At the “Printemps of Optimism” the other day, I was startled by an engineering student, who genuinely tried but just couldn’t get his head round the idea that building on your strengths can actually get you further in life than improving your weaknesses. There is a long way to go to penetrate the national psyche!

So it is pretty clear that foie gras, 400 types of cheeses, limitless delights of wine and all the pleasures of the world do not qualify as protective factors when it comes to happiness. I guess this is because you can still continue to complain in the midst of the most intricate of dinners.

Research has shown that optimists experience less depression and anxiety, adapt better to negative events, don’t give up easily when the going gets tough, have healthier habits, tend to be more productive in the workplace and use better coping mechanisms (such as problem-solving coping, humour, seeking social and emotional support, positive reframing) than pessimists. Yet, in France the very notion of optimism is profoundly unsexy and even worse than that, stupid. So even if I site you all the sound research on how optimists fare better than pessimists on all counts, if all you imagine is a happy idiot, the science would go to waste. To hope is naïve, whereby to doubt everything is intellectual and chic. And even if this brings you down, you can always blame it on Voltaire.

What are the deep, underlying roots of the French pessimism? Could it be the history with too many tyrannical rulers who succeeded in taking off the smiles from the faces of the French? Could it be the religion that used the fear and the guilt to control its believers? Could it be that the revolution had actually failed, letting the ghosts of kings and royals to rule the country even to this day?

Am I optimistic about change? I asked my ex-British kids if they think the French can ever grow out of their pessimism, and the answer was a plain and synchronous “no”. Personally, as child of a Soviet regime (that’s before my 15 years in the UK), I don’t believe in revolutions. Not only they are painful, but also rarely sustainable in the long term. Thus I don’t think jumping onto the bandwagon of off-the-shelf positive psychology is a solution – the French will never turn into Americans, and that’s not the bad news. France has to find its own, internally consistent way of being happier. The first step could be to treat the confidence disease in which a citizen does not trust the state, the state does not trust the citizen and the citizens do not trust one another. Coming from the world in which everyone can issue an invoice without having a company, a handwritten agreement is upheld by law and where the tax office trusts a citizen to declare their own income (i.e. without submitting all pieces of evidence), I cannot believe the energy wasted throughout this country!

Above all, please remain French and continue to cultivate your magnificent garden, as Voltaire would suggest, but please bring down the great walls that surround it. And when these walls fall down, maybe you would notice a smile in metro on a Monday morning, catch a boss saying thank you to a junior colleague, and consider laughing in the office or at school as one of the most important indicators of success.