Homepage > Uncategorized > What is happiness and subjective well-being? + 11 interesting Facts about happiness

What is happiness and subjective well-being? + 11 interesting Facts about happiness 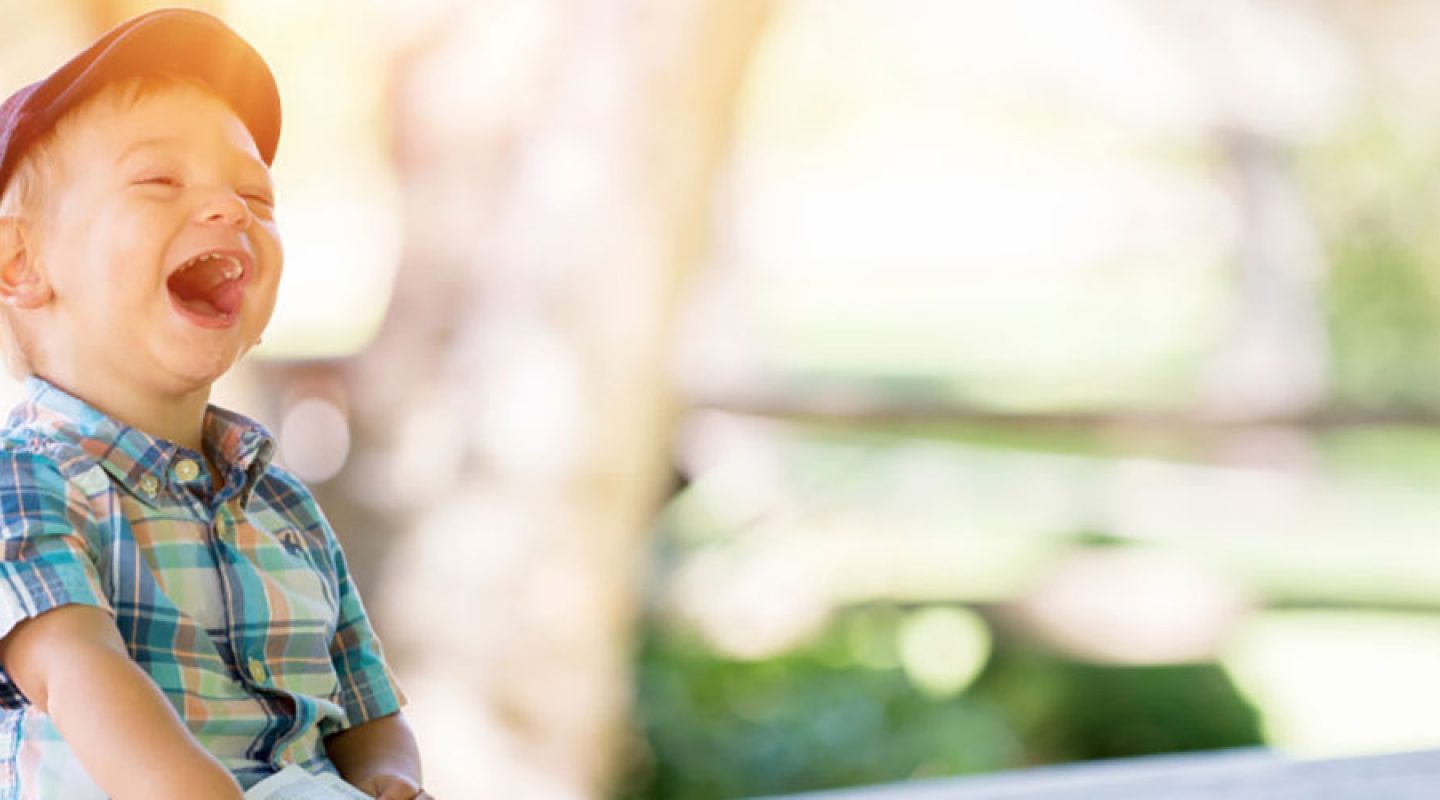 Happiness has been a topic of interest for many centuries, starting with Ancient Greek philosophy, post-Enlightenment Western-European moral philosophy (especially Utilitarianism) to current quality-of-life and well-being research in social, political and economic sciences.

Nowadays, happiness as a concept seems to be readily embraced by the majority of people and appears to be more valued than the pursuit of money, moral goodness or going to heaven. Not surprisingly, during the past thirty years and especially since the creation of positive psychology, psychology too has turned its attention towards the study of happiness and well-being.

There are several reasons why the field of well-being is flourishing at the moment:

The answer is simple but a little unexpected – almost everyone. The collated results of 916 surveys of 1.1 million people in 45 nations show that, on a scale of 0 to 10, the average score was 6.75. So, people are generally more happy than they are unhappy.

Between 84 and 89% of Americans, for example, score themselves above neutral in happiness inventories. The majority of countries are well above the neutral point, with the exception of former Soviet bloc countries (e.g. Bulgaria, Russia, Belarus, Latvia) where the average is somewhere close to 5 on a 10-point scale.

Who is Not Happy?

Certain groups usually have the lowest level of happiness, including: those who have recently lost their partners, new therapy clients, hospitalised alcoholics, new inmates and students under political repression.

Why is it Good to Be Happy?

The common-sense answer to this question is that happiness is good because it feels good. However, research evidence demonstrates that there are other benefits too:

Interestingly, well-being enhances creativity and divergent thinking. It appears that happiness, similarly to positive affect, stimulates playing with new ideas. New research has also shown that happy people persist longer at a task that is not very enjoyable in itself (tell your boss that only the happiest employees should be attending boring meetings!), are better at multi-tasking and are more systematic and attentive.

What is even more fascinating is that well-being is associated with longevity. One study analysed the application letters of nuns entering convents at the age of 18 for expressions of happiness.

It’s important to note that all of these nuns had a very similar, moderate lifestyle – they didn’t smoke or drink, had a balanced diet and worked as teachers. The results indicated that happiness expressed in these letters at the age of 18 predicted life duration. 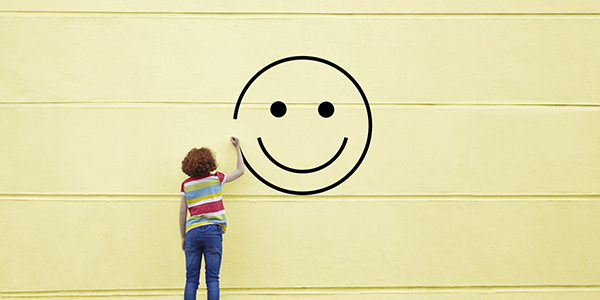 What Happiness Really is

There is a big debate in psychology about whether happiness can and should be measured objectively or subjectively. Some argue that it cannot possibly be measured objectively because none of the obvious behaviours can be linked to happiness in a reliable manner. Even an outgoing and friendly appearance, which is so frequently observed among happy people, can be put on as a mask by those who are unhappy.

Others, however, including Nobel Prize winner Daniel Kahneman, believe in the objective assessment of happiness, which could be gathered from averaged out multiple assessments of people’s moods over a period of time. This way, a happiness assessment would not need to be tied to memory and retrospective accounts. Nevertheless, the subjective paradigm appears to prevail at the moment, and this is what I’ll be focusing on here.

Relationship Between Happiness and Well-Being

You might have noticed that, so far in this chapter, I seem to be using the words ‘happiness’ and ‘well-being’ interchangeably. This is because the notion of subjective well-being (SWB) is used in research literature as a substitute for the term ‘happiness’. It encompasses how people evaluate their own lives in terms of cognitive and affective explanations, and can be represented in the following way:

The first, cognitive part of subjective well-being is expressed by life satisfaction.

One is satisfied when there is little or no discrepancy between the present and what is thought to be an ideal or deserved situation.

Affect represents the emotional side of SWB.

The notion of affect comprises both positive and negative moods and emotions that are associated with our everyday experiences.

It appears that intense positive emotions usually come at a price, as they are often followed by periods of low affect. Also they can negatively effect the evaluation of subsequent (usually less intense) positive experiences.

Back to Practical Matters – Can We Increase Our Subjective Well-Being?

A number of theories say that it is impossible to permanently change someone’s level of happiness. One of these theories, the so-called ‘Zero-sum’, says that happiness is cyclical and that happy and unhappy periods follow each other. Any attempt to increase happiness will soon be nullified by a consequent unhappy period.

Another theory claims that happiness is a fixed characteristic and is, therefore, not open to change, although happiness is not quite as stable during adolescence and early adulthood and can be affected by major life changes. Therefore, it is more likely that happiness ‘tends to get’ fixed, rather than being fixed from the very beginning.

Adaptation theory predicts that although happiness reacts at negative and positive life events, it returns to its baseline shortly afterwards. Lottery winners soon revert to their normal level of well-being, and paraplegics and quadriplegics also seem to adjust to their conditions and nearly come back to their previous level of well-being.

It has been discovered that only life events which occurred during the past two or three months influence well-being. However, despite the evidence that people get adjusted to both lottery winning and spinal injuries, there are certain conditions (such as widowhood, loneliness and injustice) to which people never adjust completely.

What is Important in Creating Happiness and What is Not?

If you had to guess, which ones of the following would you say are important for happiness: money, friends, having children, getting married, looks, health, moving to a better climate? Is your age important? What about your level of education? The safety of your community?

Common sense predicts that the most likely source of satisfaction with life is objective circumstances but often this is not the case. There is very little relationship between happiness and many life circumstances we consider so important that we would sacrifice years of our lives in order to have them.

Compare your thoughts with the table below, which summarises the research findings on the correlates of happiness, and see whether you’ve got it right.

A word of warning here – unravelling causes and effects is not easy. Although these correlates are often considered to be the causes of happiness, they may as well be its consequences. For example, it may be that having good friends brings happiness or that those who are happy attract good friends.

Diener and Seligman in their study of exceptionally happy people (the upper 10% of 222 college students) found only one main difference between the happiest and the rest of the students.

The very happy people had a rich and fulfilling social life. They spent the least time alone, had good relationships with friends and had a current romantic partner. They did not have fewer negative and more positive events, nor differed on the amount of sleep, TV watching, exercise, smoking, drinking, etc.

Marriage usually leads to a rapid increase in SWB, which, unfortunately, comes down after a while. However, it does not return to the starting point, but stays at a higher level than before. So marriage changes the set point of SWB, although this change is not large. However, if your relationship is on the rocks, you are likely to be less happy than people who are unmarried or divorced.

Seligman introduces the happiness formula: H = S+C+V, where H stands for happiness, S for a set range, C for the circumstances and V for the factors under voluntary control.

S is a genetically determined level of happiness, which remains relatively stable through the life span and returns to its original point soon after the majority of significant life events. It determines happiness up to about 50%.

C is the circumstances we’ve already considered (and accounts for about 10%). So, if you want to be happy, get married, join a church but don’t bother about making more money, staying healthy, getting educated or moving to a sunnier climate.

Finally, factors under voluntary control (V) refer to intentional and effortful practices a person can choose to engage in (which account for about 40%).